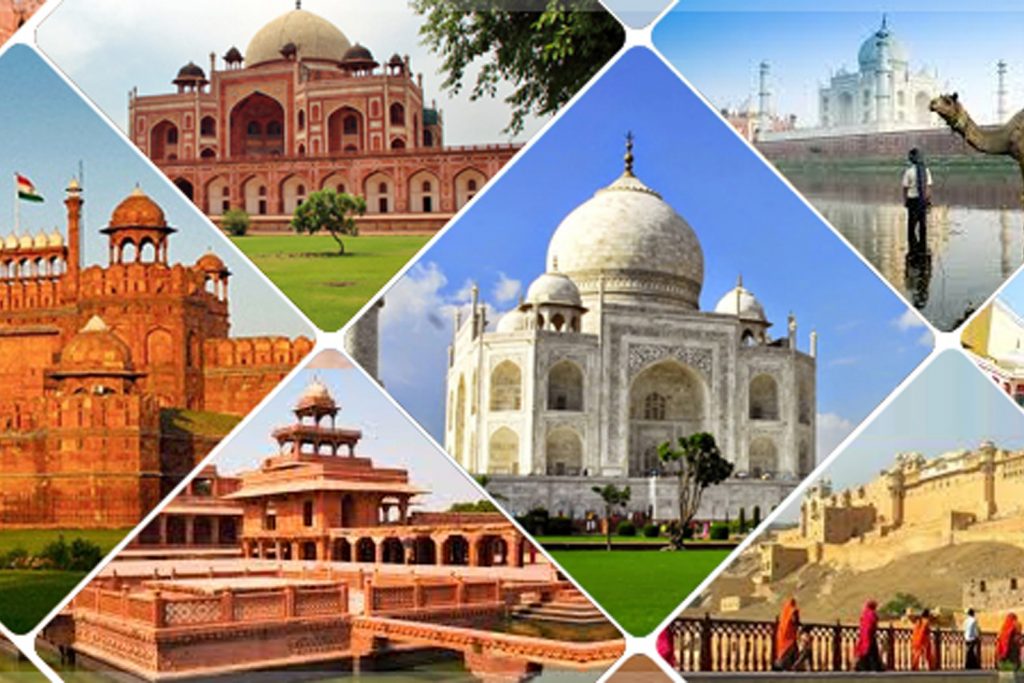 Golden Triangle Tour with Udaipur is considered as the most beautiful prologue of tour to India & it is believed to be one of the most chosen tours of northern part of India for those travelers who are coming to India for the very first time. This tour is formed including 04 most famed tourist destinations of India i.e. Delhi, Agra, Jaipur & Udaipur sited in 03 different states of India.

Golden triangle tour can be completed in 03, 04 & 05 days. You also have an option to expand your tour including a wildlife experience in Ranthambore, or go on a sacred delight of Varanasi or a coastline break in Goa and so much more. Kindly go through our listing of many different options of Golden Triangle Tour packages to experience Indian liveliness at its best.

Note: This is only a suggested itinerary. We can customize it according to your flight arrival and departure schedule or as per your schedule.

Our Chauffeur will pick you from your desired location i.e. from Delhi/Gurugram/Noida hotel or airport. Later meet Professional Tour Guide & go on to visit monuments – Jama Masjid, which is also famed as the biggest mosque of India erected in 17th century. There will be rickshaw ride tour also in the narrow lanes of old delhi. Humayun’s Tomb is an exquisitely beautiful mausoleum erected in 16th century by his much loved companion for 2nd Mughal Emperor Humayun. President House (outside view), Parliament house (outside view) India Gate is a war memorial built in 20th century as a mark of respect for all those soldiers who had sacrificed their lives for defending their motherland. Bangla Sahib is a beautiful Sikh Temple. It is a blessed place for Sikh people & it also has a big kitchen where hundreds & thousands of people were fed irrespective of their religion, caste & community.

There will be a stop at AC multi cuisine restaurant for lunch in between the sightseeing. After concluding the sightseeing of Delhi, come back to your pre booked hotel.

You are staying this night in Delhi.

After having the luscious breakfast at hotel & packing the luggage, Our Chauffeur will take you to Agra via Yamuna expressway in AC Sedan/SUV car for 03 hours/200 kms drive & enjoy the beautiful landscape.

On your arrival in Agra, check in to the hotel & later go on to see the sights of Agra with your Professional Tour Guide. Now, you will stop at the majestic Agra Fort which was erected in 16th & 17th centuries by Mughal Emperors. It is one of the most beautiful & well preserved forts of India dotted with magnificent palaces. Then move on to visit the marvelous mausoleum Etimad Ud Daulah or Mini Taj built in 17th century by Mughal Empress Nur Jahan as a mark of respect to her father. It is also believed to be the first mausoleum entirely built of white marble & lastly, there will be stop at Mehtab Bagh or The Moon Light Garden from where you can admire the view of Taj Mahal at sunset. Later in the evening, comeback to hotel and relax.

You are staying this night in Agra.

The stepwell Set your alarm because this morning you have to wake up early to visit the Taj Mahal. It is believed to be the most beautiful example of expressing love by 5th Mughal Emperor Shah Jahan for his much loved companion Mumtaz Mahal in 17th century.

After witnessing the Taj Mahal at dawn, back to hotel for luscious breakfast and later check out. After packing the luggage, Drive to Jaipur, Enroute stop at Fatehpur Sikri, which is also famous as The Ghost City or The Abandoned City of Mughal Emperor Akbar. It was built in 16th century as a tribute to the Sufi Saint Sheik Salim Chisti, who had forecasted the birth of a worldly heir. Later continue your drive to Jaipur. Before reaching Jaipur, We will stop to see one of the oldest step wells of India known as Chand Baoli, where you can see how people used to store water in summers.

Later continue drive to Jaipur. On your arrival In Jaipur, check into the hotel & rest of the time for leisure.

You are staying this night in Jaipur.

After having appetizing breakfast, depart for the Jaipur sightseeing tour. Firstly, you will stop at Amber Fort, which was originally built in 16th century by Maharaja Man Singh. It is an imposing fort built on a hillock. Either you can walk up to the fort or can enjoy the ride on a beautifully painted elephant. Next you will proceed to Jal Mahal (Palace of Water), stop in front of it, take some instagram pictures and then move towards pink city. Jaipur is world famous for cutting & polishing of semi precious & precious stone jewellery and hand knotted carpets.

Then visit Jantar Mantar (observatory) located in the heart of the city, which has the biggest sundial & nearby is the ornate Hawa Mahal (Palace of Winds), which was built for the ladies of Rajput’s harem to see the royal procession on street without been seen by men.

There will be a stop at AC multi cuisine restaurant so that you can have lunch in between the sightseeing. Then move to the City Palace and its museum, which exhibit an exceptional blend of Mughal and Hindu architecture, and houses an extraordinary collection of paintings, Rajasthani armory and costumes. There will be a stop at Patrika Gate also, which is a newly constructed structure for some beautiful instagram pictures. At the last in the evening visit the Birla Temple or Laxmi Narayan Temple which is an exquisitely beautiful temple, where we can participate in Aarti.

After concluding the Pink City tour, return back to the pre – booked hotel.

You are staying this night in Jaipur.

Day 05 - Visit Galta Ji Temple & then Drive back to Delhi

After having appetizing breakfast in hotel & packing the luggage, Our Chauffeur will stop at Galta Ji Temple, which is sited on the suburbs of Jaipur, surrounded with the Aravali ranges of mountains & with so many monkeys.

Post seeing the sight, Our Chauffeur will take you to Udaipur which is also famous as ‘Lake City’ or ‘The Venice of East’. Sit back at ease & enjoy the beautiful countryside. Udaipur is a grace of Rajasthan down to its purest essence. The palaces of Udaipur & it’s stunning grandeur, insanely crowded city streets swollen with hindu pilgrims& it’s historical significance makes it one of the most preferred cities to visit in India. On your arrival, check in to the pre – booked hotel & rest of the day for leisure.

You are staying this night in Udaipur.

You are staying this night in Udaipur.

Day 07 - Transfer to Airport & Fly back to Delhi

After having breakfast & packing the luggage, Our Chauffeur will drop you at airport to board your flight to Delhi & then back to home.

You can cancel this tour up-to 24 hours in advance for a full refund.

Both options are available for the train ride. When you will book the tour you can upgrade to Executive Coach.

Can i book this tour in advance?

What are the Payment methods?

You can Pay via PayPal, Credit Card and also in Cash on Arrival.

What is the Pick-Up Location and Drop-Off Location?

You have to mention your pick-up location when you book the tour. Pick-Up and Drop-off available at Delhi Airport, Any hotel in Delhi, Noida, Gurgaon or nearby area. 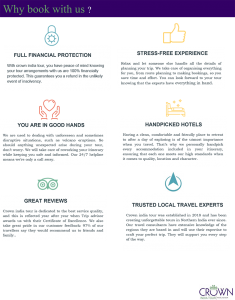